Home / News / Industry News / What are the insulation materials of tents?

What are the insulation materials of tents?

2022-03-07 15:57
In today's society that advocates environmental protection and energy conservation, various tents are more and more widely used. Therefore, heat insulation is an important attribute of tents. The main insulation materials of tents are as follows: 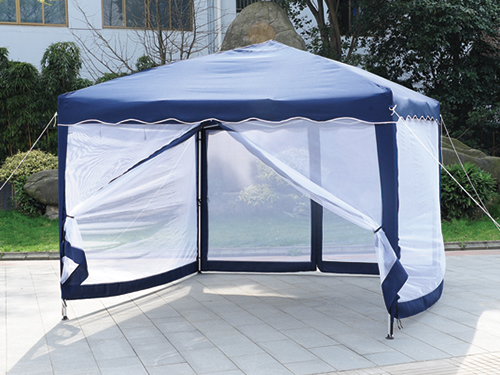 1. Shade net. Covering the tent with a sunshade net is the simplest and most direct way of heat insulation, which can usually effectively reduce the solar radiation by 30% to 60%. At the same time, the military sunshade net also has camouflage properties.
2. Solar power tarpaulin. Using amorphous silicon technology with polyimide as the base layer, the photovoltaic power generation film is integrated into the tent, which is very light and has excellent adhesion strength. Even if the tarpaulin is completely lifted under strong wind, the photovoltaic power generation film will not The base layer is disengaged.
3. Honeycomb insulation board. Tent lining is an important part of tent insulation. In the past, multi-layer polyester flakes were usually used as linings for thermal insulation, but their quality and volume were relatively large, and the thermal insulation performance also needed to be improved. Later, people designed a multi-layer honeycomb structure insulation board, which is small in folding volume, light in weight, and has a very good thermal insulation effect.
4. Aerogel. Aerogel is considered to be one of the solid materials with the best thermal insulation effect, and is a new type of thermal insulation material with extremely low thermal conductivity developed in recent years. It is a nano-porous three-dimensional network structure formed by interconnecting nano-scale ultrafine particles, and the nano-pores of the network are filled with a light nano-solid material with a gaseous dispersion medium.
5. Polyurethane. Polyurethane is another highly efficient thermal insulation material that is currently widely used in fixed buildings. One way is to form a wall structure with polyurethane rigid insulation board, gypsum board, outer wall, etc.; the other is to use the advantages of polyurethane on-site spraying for building insulation. Polyurethane panels are now installed inside tents or sprayed directly onto the surface of the tent to form foam insulation. Among them, the latter is more suitable for tents, because the soft continuous shell formed after spraying has no seam thermal bridge, which can tightly wrap the tent, has better thermal insulation performance, and also has moisture-proof and waterproof functions.
PREV：What are the precautions for using tents when camping?NEXT：Macau McDonald's 30th Anniversary: Colorful European-style outdoor spire tent room, a unique landscape
Guarantee High Quality With Our Expertise

See How We Fulfill Your Project