Home / News / Industry News / Do you know the types of tourist tents?

Do you know the types of tourist tents?

2022-06-07 16:47
Three-season tents: Usually lighter, generally used in the milder climates of spring, summer and autumn. 3-season tents generally perform well in wind and rain, but their design features make them generally difficult to handle excessive snowfall. If a three-season tent can barely support 2 inches of snow on it, when the snow reaches 20 inches, you're definitely in trouble. Another feature of the three-season tent is that it has a certain ventilation design. In order to meet different needs, it is generally designed as a double-layer tent, which is divided into inner and outer tents. , Some internal and external accounts can also be used alone, so as to meet the different needs of spring, summer and autumn.


Four-season tents: Stronger four-season tents usually add 1 or 2 support rods to make the support system resistant to stronger winds or thicker snow. The shape of winter tents is usually designed with a rounded dome shape to minimize the flat area on the top of the outer tent and prevent accumulation of snow. Of course, these winter/alpine tents are also suitable for relatively mild climates. It's just that the extra weight of the support bars makes them heavier than a three-season tent.


A convertible account is a four-season account that can be adjusted to a 3-season account. Adjustments are usually done by removing 1 or 2 support rods from the tent's support system, as well as providing removable ventilation components in the design that can be removed or opened for enhanced ventilation in mild weather.
The simplest form is a single-tier ledger. Basically, this tent is just a rain cloth held up by a tent pole with a few vents that can be zipped open for enhanced ventilation in warmer weather. Tent - what the term means Dome tent: Most of the four-season tents have a rounded dome design. The dome avoids a flat surface on the top of the tent and is not easy to accumulate snow, and this design can also better withstand the wind and provide a high enough interior space. Barracks tent: The three-season tent adopts the design form of barracks tent. In this form, the bottom surface of the account is rectangular, and the account body is narrow and elongated. The barracks used less support rods and fabrics, and the overall wedge shape. However, its top surface is relatively flat, and it is easy to accumulate snow. Once it encounters heavy snowfall, it is easy to cause the collapse of the tent.


Self-supporting tents: Dome-type tents are self-supporting. This means that it can stand on its own without the need for additional stakes or bolt supports. You can easily lift and shift such a tent, just like carrying a large inflatable balloon, and you can also easily shake, toss, and slap such a tent to shake off the dirt on it before unpacking thing. 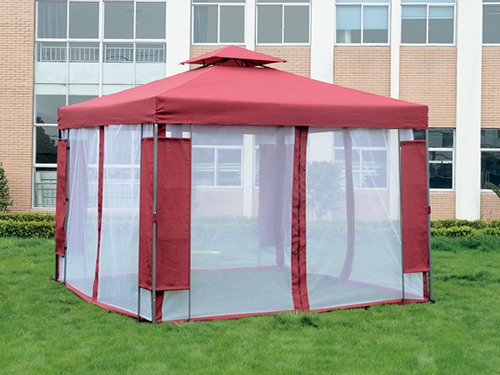 PREV：How to clean the push-pull tent and other parts?NEXT：What are the types of window awnings?
Guarantee High Quality With Our Expertise

See How We Fulfill Your Project